Are you planning a trip to Toulouse and wondering what to visit first? We offer you an overview of the unmissable tourist sites of Toulouse.

Toulouse is nicknamed " the pink city " and it has an exceptional heritage. Its history is rich and you can satisfy your curiosity and immerse yourself in its culture, in its museums. It is also a green city, with many parks and gardens, to take a break from nature. Finally, Toulouse is dynamic and will surprise you with unusual activities. Let's go for a guided tour of Toulouse's best tourist sites!

A heritage tour in the " Pink City "

There are so many tours to do that it is difficult to make a selection. We therefore advise you to take a circuit to admire the beautiful heritage of the city, passing the following must-see monuments:

The Convent of the Jacobins @Guide Toulouse Pyrenees

To do this tour, several options are available to you:

Visit the city differently with Granhota

Penetrate the soul of Toulouse through its authentic neighborhoods

To know a city, you have to meet its inhabitants. It is often in its neighborhoods that we discuss with our neighbors at the table, that we immerse ourselves in its culture and that we understand why they love their city. We take you for a walk in the Saint-Cyprien district, a Toulouse district, steeped in history (fr).

Neighborhood markets are places of life, exchange and meeting. You will taste the local gastronomy, you will admire the crafts and you will meet colorful characters! We take you on a tour of Toulouse's most beautiful markets.

A nature tour of Toulouse

Toulouse is crossed by the La Garonne river. Since the 17th century, a canal was built to improve river transport and runs along part of the river. This canal, classified as " UNESCO World Heritage ", connects the Atlantic Ocean to the Mediterranean Sea. As a whole, it is called the “ Canal des Deux Mers ”, but its different sections have different names. On one side, it is the lateral canal to the Garonne. On the other, it is the Canal du Midi. Toulouse is at the junction between the two. To explore the city from its banks, you can take the Voie Verte, which leaves from the city center at Portet (fr), or the Véloroute de la Garonne.

We tested the Canal du Midi by bike for you, from Toulouse.

Gardens and parks are part of Toulouse's history. Through the historic gardens of the city center, the exotic green spaces which show its openness to the world, the parks on the banks of the Garonne or those which surround the city… All of them will reveal a facet of the city of Toulouse. The Toulouse Pyrenees Guide has taken a long walk for you in the parks and gardens of Toulouse, to reveal the green nature of the pink city to you!

The pretty garden of the Grand Rond @Guide Toulouse Pyrénées

The edges of the Garonne @Guide Toulouse Pyrénées

From the First World War, Toulouse developed an aviation industry. In 1917, the adventure began with the Latécoère planes. In 1927, Saint-Exupéry and Mermoz made their first tests there. The Aéopostale is born there and a large company will be born there: the “ National Company of Aeronautical Constructions of the Midi ”. It will be renamed “ Sud-Aviation ”, before becoming “ Airbus ”! In the 1970s, the era of Aerospace arrived, with the Concorde project, A320, A380...

Several spaces retrace this glorious past:

To go even further, try the unusual “ Let'sVisit Airbus ” visit.

Immerse yourself in Toulouse culture in its museums

In the Hall of the Machine, François Delarozière knew how to combine the genius of Leonardo da Vinci and the imagination of Jules Verne. The Compagnie de la Machine began by creating a first 12-meter-high metal giant that roamed the streets of Toulouse, before settling in the Halle. Besides, the spirit has remained and the visit looks more like a street show than a museum. It is an atypical place, a kind of mechanical reverie that will charm young and old...

To travel, without leaving Toulouse, we suggest an Asian stroll at the Georges Labit Museum. There you will see a very varied collection of oriental works of art. Of all kinds, all countries and all eras, an exotic universe opens up to you.

The Musée des Abattoirs has something to amaze you, since it is in fact the museum of modern and contemporary art in Toulouse. These former slaughterhouses offer a unique setting and a beautiful space for a huge collection of works of art. Its exceptional proportions make it possible to accommodate extraordinary pieces!

There are many other places worth a visit in Toulouse, but we have chosen our favorite tourist spots. We hope that this selection will inspire you for your next Toulouse vacation.

Back to "Weekend & Holidays" 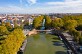